Join Arts Mid-Hudson (virtually) as they talk with Amy Trompetter, a puppeteer, trumpeter, World Theater historian, teacher, and community organizer. She founded Redwing Blackbird Theater in the late 90s as a workshop and performance space in the Hudson Valley of New York. She has taught, directed, and performed all over the globe. Join Arts Mid-Hudson (virtually) as Poet Gold talks with Carol Bash, the Founder and President of Paradox Films, a media production company based in Peekskill, NY. She is an award-winning documentary filmmaker with over 20 years of experience.⁠ 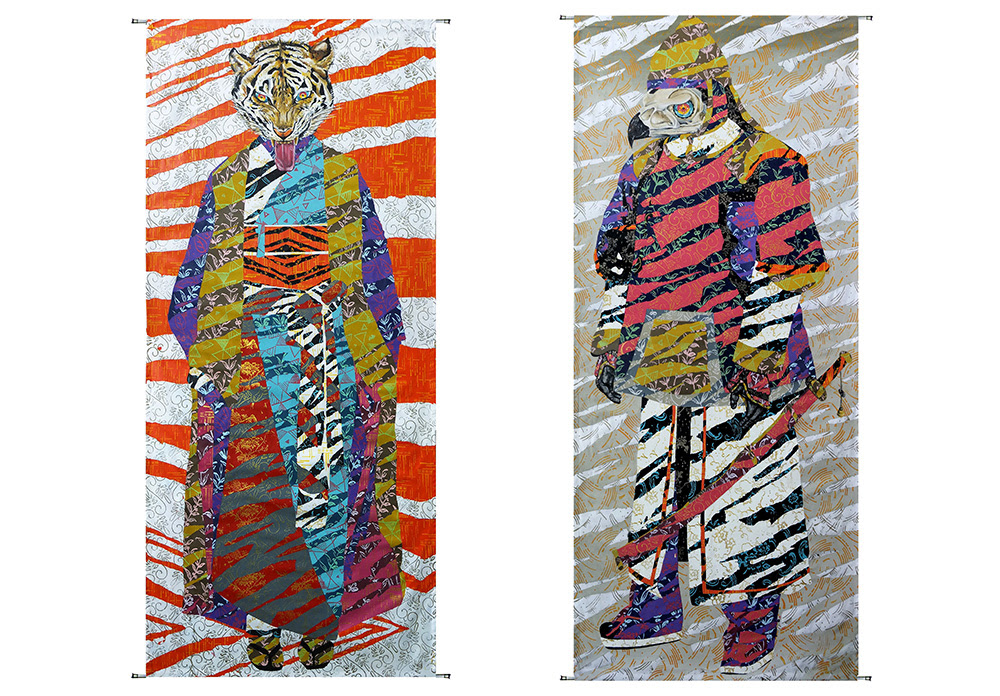 As part of VISITOR CENTER’s mission to support emerging interdisciplinary artists of the Hudson Valley and beyond, the invitational residency will provide space for creative investigation and experimentation with new concepts or materials. During the self-directed residency, artists are encouraged to experiment with a new body of work or develop a new process and are invited to engage with the local community of Newburgh.

On Saturday, October 1 st , VISITOR CENTER will present a series of new works by Cruz created during his two-week residency in Newburgh with a never-before-showcased series of glazed ceramics. Spanning the entire gallery, the comprehensive presentation will chart the recent evolution of Cruz’s practice.

ABOUT THE ARTIST
Federico Massa is a world-renowned street artist with a unique style that blends hyper-realistic animal portraiture with psychedelically bright backgrounds. He gained traction in the 1990s as a rebellious graffiti artist in the burgeoning street art movement under the alias “Cruz.” As his body of work progressed, he began using the symbol of a hyena (iena in Italian), which led to his current alias “iena Cruz.”
Originally from Milan, Cruz has called Brooklyn home for the past ten years. Initially trained in stage set design at Milan’s prestigious Brera Academy of Art, he is primarily known internationally for his large-scale, eco-conscious murals that use special nanotechnology-infused paints to scrub pollution from the air around them.
Throughout the years, iena Cruz has expanded his practice to include a variety of different mediums. In 2018, he spent six months studying screen printing techniques at the Gowanus Print Lab in Brooklyn and began producing original silk-screened textiles as samples for future upholstery fabrics and wall coverings. The following year, he focused on the ceramic processes of modeling, firing, glazing, and re-firing during a six-month project at La Mano Pottery in Manhattan, and produced numerous objects including lampshades, ornamental plates and knives, pitchers, and vases.
With this multidisciplinary knowledge, he has launched a design collection called Zurcanei that features custom textiles, wallpaper, mosaic, clothing, and custom home art decor.
In this spirit, iena Cruz has collaborated with designer Jan Kath to bring the worlds of street art and textile art together: Cruz painted murals directly on the walls of the Jan Kath gallery in New York, replacing select areas on the wall with hand-knotted carpets in the same design, thus blurring the line between the fabric and the hand-painted mural.
Recent work also includes Hand Woodblock Printing. Designed in NYC and hand- made in Jaipur, Cruz is exploring textile production based on an ancient Indian technique of woodblock printing to support and draw attention to the importance of preserving artisanal traditions.

Join Arts Mid-Hudson (virtually) as we talk with artivist Daniel Villegas.
Villegas shows, with his unique sound & music, that the whole Earth’s group consciousness is changing and that it’s all about changing our individual “frequencies” as we all strive to move towards a group consciousness that is completely heart-centered. Register here!

Rhinebeck Arts Walk invites the community to celebrate local galleries and artists Thanksgiving Weekend. Albert Shahinian Fine Art, Art Gallery 71, and Betsy Jacaruso Studio & Gallery exhibit a range of styles and mediums, including painting, drawing, photography, and sculpture. Be sure to visit all three galleries on November 27th, from 12-7 pm for a chance to win a work of art by an exhibiting artist.

Free and open to the public.

Art Walk Kingston is a celebration of the arts and the local community. Over the course of two days, visitors and local residents are invited to explore three distinct areas of the city of Kingston and immerse themselves in a range of art and events. Paintings, photographs, drawings and sculptures are just some of the mediums that will be on display at home studios and galleries across the city. Whether you have a few hours or a full day, the event weekend will offer a broad range of art and activities for everyone.

You can also use the Digital Map on your phone!