‘Archaeogenetics’, the study of ancient DNA, has opened the door to further understanding Earth’s complex history through examination of humans, animals, and plants. With DNA being a dependable ‘artifact’ in itself, archaeologists can learn much more about the people who once populated the sites they examine.

Many know the story of how North America was “discovered” by white, European explorers, but the origins of the Native Americans they drove away has continued to remain a bit nebulous. However, in 2013, the body of a young girl recovered from a burial pit in Alaska assists in reaching an answer about their origin; the significance lies in her DNA that, when analyzed in 2017, matched Native Americans as well as “ancient north Eurasians who lived in what is now Siberia” (Sample). 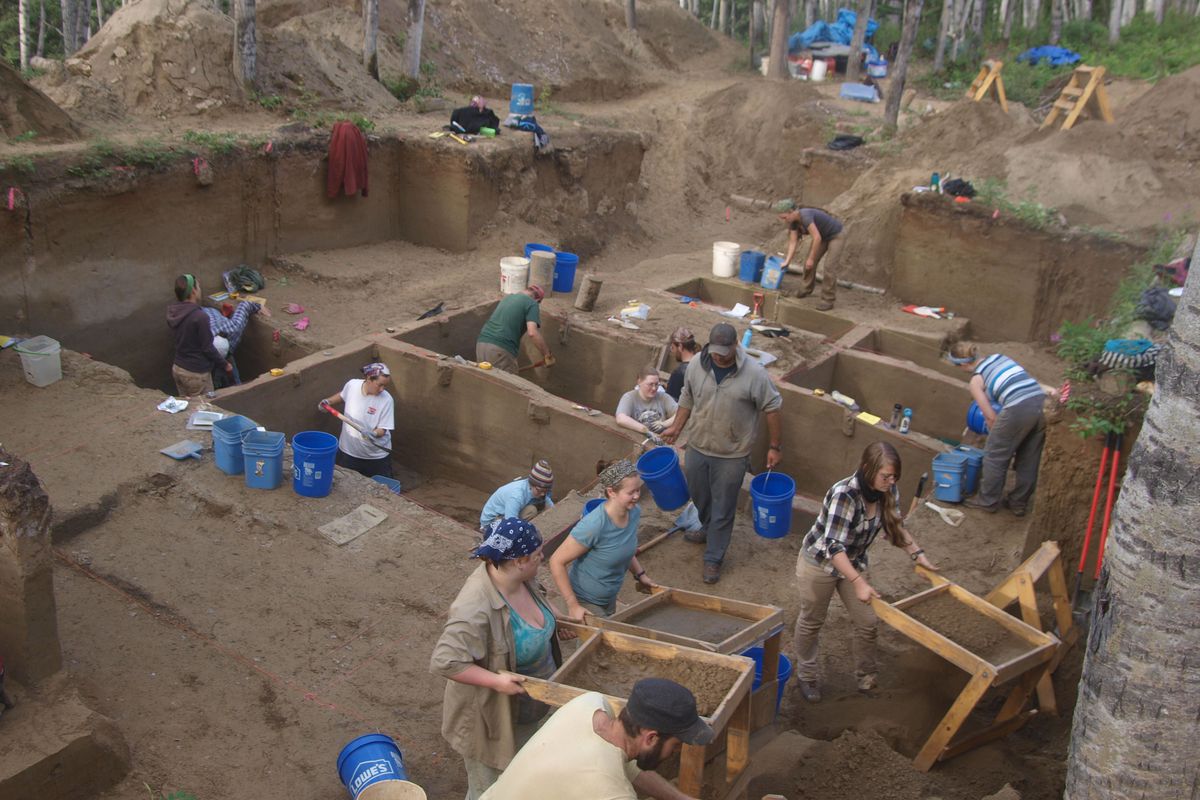 Archaeologists at the Upward River Sun site in Alaska where the body of the ancient Beringian girl, named “Xach’itee’aanenh t’eede gaay” (“sunrise-child girl”), was found (Sample).

Examining ancient DNA is complex and often cannot be done, as genetic material degrades easily. Viviane Slon of the Max Planck Institute for Evolutionary Anthropology explains, “not every fossil will yield DNA, and not every fossil will yield enough DNA to reconstruct a full genome” (Moscato). In fact, “the best environments for preserving DNA tend to be cold, dry and stable over long time periods” (Moscato), like that of Alaska.

The body of this young girl yields support of the early Native Americans traveling to America by way of East Asia (Sample). Because ice caps held so much of the ocean’s water during the Ice Age, an open land bridge spanned from Russia to Alaska where the Bering Strait is currently (Tamm; Sample; Renfrew and Bahn 140). The land bridge, called Beringia, housed people from East Asia in addition to acting as a “byway” to a new land.

However, geneticists realized that the remains of the girl recovered were genetically different from modern Native Americans, proving the existence of the previously unknown “ancient Beringians” (Sample). About 34,000 years ago, a group of individuals began to separate from the Asians. By 20,000 years ago, today’s Native American ancestors split off from the ancient Beringians, heading into now-North America and forming the “northern and southern branches” all Native Americans trace back to (Strickland; Moreno-Mayar; Tamm). 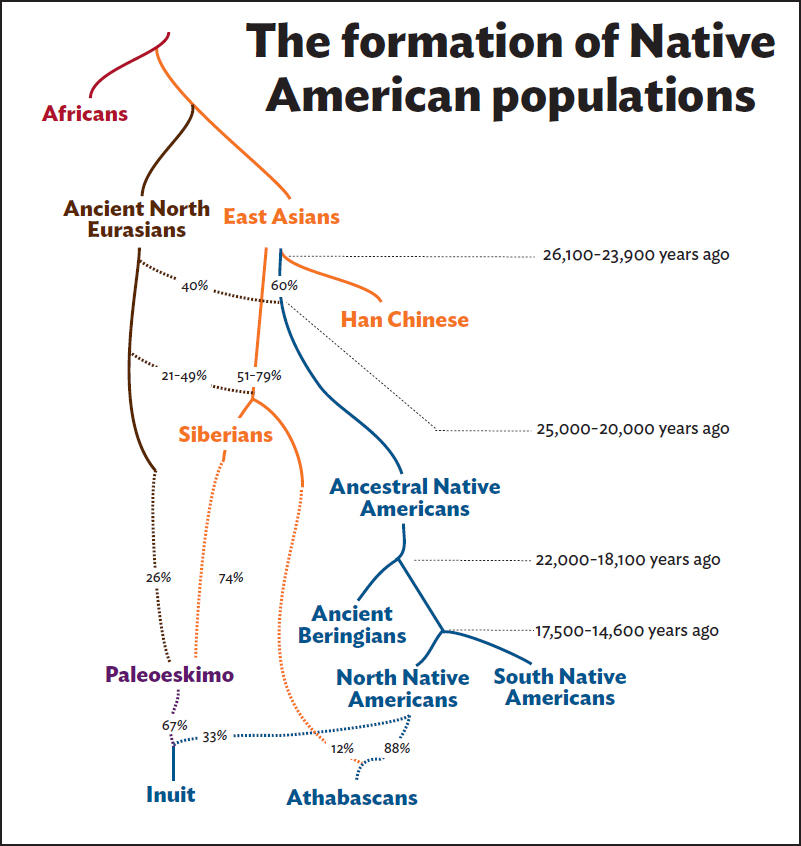 This diagram details the formation of Native American populations from early ancestors — Ancient Beringians split off from Ancestral Native Americans about 20,000 years ago with their subsequent movement unknown.

Inevitably, the limits of understanding the people of the past become apparent as there is a shortage of tangible proof of ancient Beringians being on Beringia and where they went after. One can only answer so many questions without exhibiting more speculation than corroborated truth. It is like constructing the outside frame of a puzzle, but not having many connecting pieces on the inside. The traces of ancient Beringians are waiting to be discovered and shared with the world to provide answers about this incredible, lost community.