Birds With Friends: The Golden-Crowned Kinglet

The golden crowned kinglet (Regulus satrapa) is slightly bigger than a hummingbird, with rounded body and short wings. Its head is relatively large, with a thin tail and a short and thin beak. It has a distinctive black eyebrow stripe with a bright yellow crest. Its wings and back are olive with white wingbars and its underbelly is gray. The golden crowned kinglet is notoriously difficult to sight and study because it nests and forages high up in dense conifer forests. 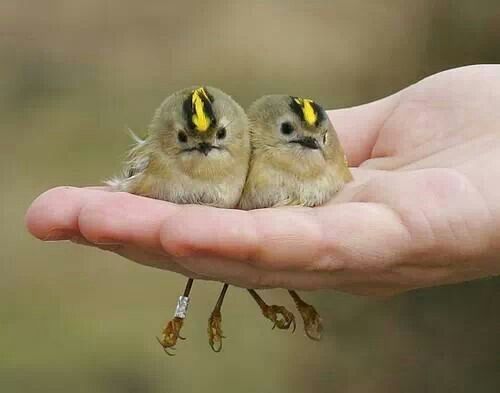 Look at that gorgeous golden crest! Courtesy of: http://cdn.audubon.org/cdn/farfuture/nucvlkhmucERP5tcsUboaI1ABea3USp9b5DuhbyzHnY/mtime:1422549506/sites/default/files/Golden-crowned%2520Kinglet%2520m50-7-025_l.jpg

Golden crowned kinglets prefer a woodland habitat, specifically old growth forests near water where, in boreal regions, they nest in spruce or fir trees. In the Americas, their wide breeding range reaches from the northern Appalachian region west to southern Alaska. Areas where they are present but do not breed span across the U.S. In New York state, the golden-crowned kinglet lives year round, breeding in pine, mixed pine, spruce, balsam fir, and hemlock trees found in bogs, parks, or cemeteries. Golden-crowned kinglets live year round in a few other regions, such as North America’s west coast from southern Alaska to San Francisco, eastern California, the Southwest, and the Northeast. Other than a year-round population in the Central American volcanic belt, they have not been recorded living outside the Americas.

These lil guys are everywhere! Courtesy of: https://identify.whatbird.com/img/4/56224/image.aspx

There is limited information about the breeding patterns of golden-crowned kinglets. It seems likely that they are serially monogamous because both males and females are heavily involved in feeding nestlings. During the nest-building and egg-laying period, the male follows the female around. She initiates copulation by calling to him, flattening herself out on a twig, and fluttering her wings; copulation can last up to 7 seconds.

Golden-crowned kinglets lay two clutches of eggs each season. Most observations of nesting are of a population of birds in Northern Minnesota, and there the first clutch usually appears in mid- to late May and the second in late June. The deep, cup-shaped nests are usually located high up in dense conifer stands. They hang from twigs below a branch and are built of a wide range of materials including moss, lichen, bark, spiderwebs, twigs and leaves, and lined with softer materials like feathers or plant down (Kaufman).

What a cozy looking home for a family of birds. Courtesy of: https://download.ams.birds.cornell.edu/api/v1/asset/24922391

Just after hatching, kinglets are very “altricial,” i.e. they are highly dependent and weak, naked and about the size of bumblebees. Females brood the young for the first 3-5 days after the eggs hatch. During that initial period the parents eat the nestlings’ fecal sacs; later on, they carry the sacs away and deposit them away from the nest. Both females and males go on feeding trips, but the male brings more food during the brooding period and also much later on, when the female begins to brood her new clutch of eggs. Young leave the nest about 16-19 days after hatching, but continue to be dependent on parents for food for some time after. By 12-16 days after fledging, young are catching mostly their own food, and are totally independent by 17 days later. 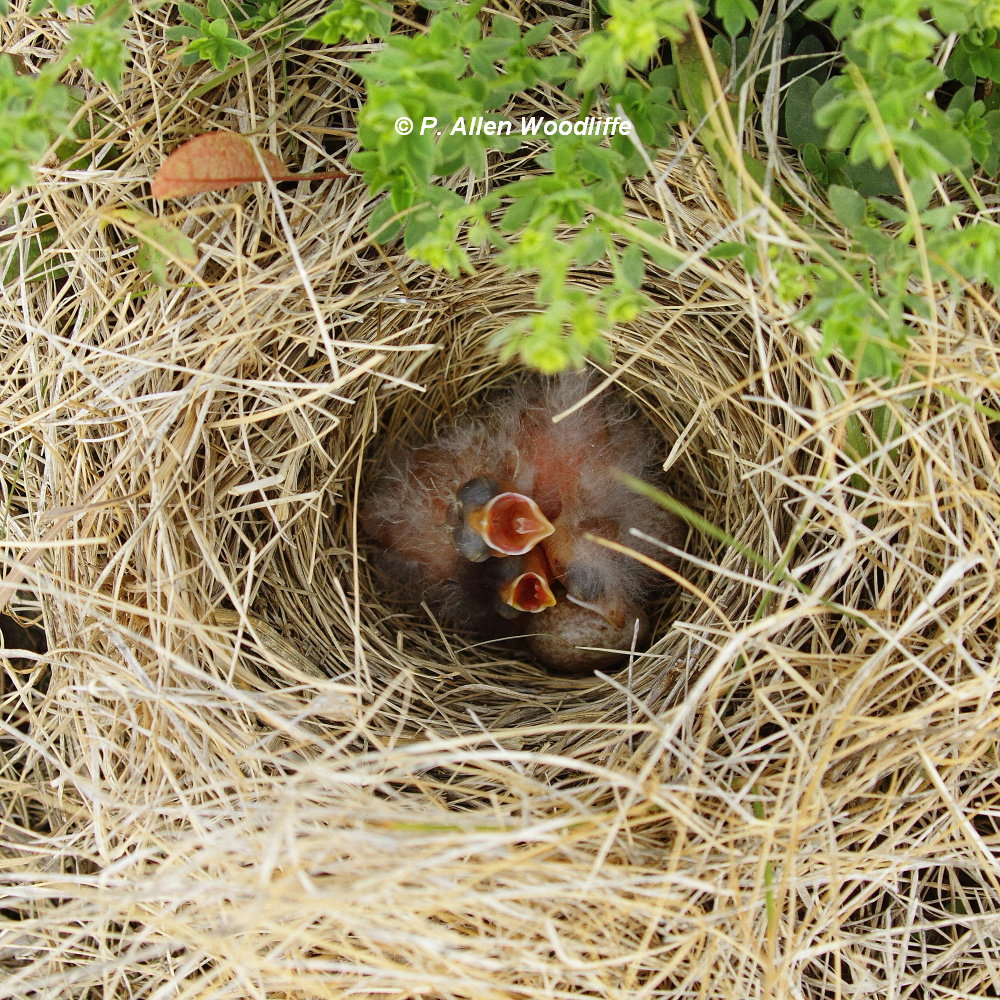 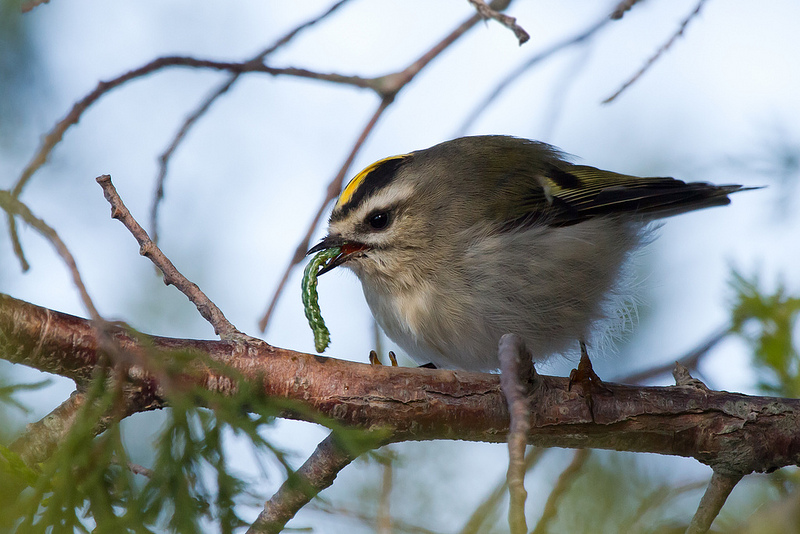 All information that follows, unless otherwise cited, comes from Birds of North America (Swanson et al. 2012).

Golden-crowned kinglet (n.d.) In All About Birds. Retrieved from www.allaboutbirds.org/guide/Golden-crowned_Kinglet/sounds.

2 Responses to Birds With Friends: The Golden-Crowned Kinglet