The Israel/Palestine conflict illustrates how different the theory of indigenous archaeology is in practice. The discrepancies involve how complicated the following issues are: determining cultural affiliation, the right to control and keep archaeological finds; pseudoarchaeology, the misrepresentation of the past; and repatriation, returning artifacts to their places of origin. Both groups claim precedence to the land and attempts to return Israeli occupied Palestinian territory have often involved one step forward and two steps back. In the face of this, determining which group has claim to the artifacts according to the mandates of indigenous archaeology is very difficult.

In nation-building conflicts such as this, who has cultural affiliation over excavation/archaeology is crucial. Artifacts are part of creating imagined communities as the identity of people and nations is built on past experiences. This is the motivation behind why groups want to regain their artifacts. Artifacts represent part of their history and national/ethnic identity and are therefore essential in substantiating their claim, so much so that they may be manipulated or misrepresented in the process.

In the West Bank pseudoarchaeologists, religious scholars studying biblical archaeology, in conjunction with the Israeli state have shaped the archaeological landscape. These pseudoarchaeologists suggest that all artifacts found are of Jewish heritage and serve as evidence to back up Israel’s religious/historical claim to the land.  However, these people are searching with the preconceived goal of finding artifacts that prove the land’s Biblical and Jewish connection, rather than being open to the possibility that artifacts found here may represent something different if interpreted through Palestinian traditions. Indigenous archaeology argues that artifacts must be interpreted within the relevant context, so as both groups provide the context here, dual or co-interpretations may be necessary.  Additionally, this pseudoarchaeology is a distortion of the scientific method which requires using facts to form conclusions not forming conclusions and then finding facts that support them. 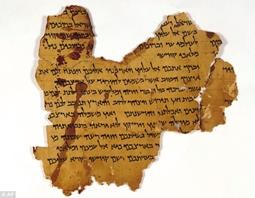 Figure 1: Charred goat bones discovered at Qumran thought to be a genetic match for the leather of the Dead Sea Scrolls and provide a Jewish connection to the site

Currently, Israel controls who has access to archaeological sites like Qumran in the West Bank, even though according to maps/treaties, this land is Palestinian.  Therefore Israel determines who excavates the area, religious pseudoarchaeologists, and through this control determines how artifacts are interpreted. Additionally, the Israeli government determines where artifacts go, which involves the transfer of the artifacts out of Palestinian territories and into Israel.  Since 1967 over 6000 sites in the West Bank have been excavated; these artifacts remain in military warehouses in Israel, completely hidden from the public until 2007 when Israeli researchers sued and obtained limited access. 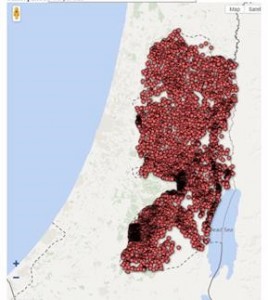 However, these Israeli officials and pseudoarchaeologists in control are “others” to the culture of the Palestinians, so artifacts that are more closely related to Palestine may be overlooked or misinterpreted to create the Israeli narrative. Alternatively if the Palestinians controlled who excavated and interpreted findings, they may overlook or misinterpret artifacts of Jewish heritage effectively “othering” the Israeli. This demonstrates how difficult it is to determine who has right to access when multiple groups can claim a place as their area of origin.

In archaeological theory, cultural affiliation and repatriation may seem clear cut but since the social and political conditions of the world are often very complicated it can be difficult to determine who should have claim to certain artifacts for their nation building. The role of pseudoarchaeologists further complicates these issues. So multiple indigenous interpretations and varied or shared cultural affiliations may be necessary when the alternative is inhibiting both groups from access to their history.

The Biblical Pseudo-Archeologists Pillaging the West Bank. (2013, February 28). Retrieved from The Atlantic: http://www.theatlantic.com/international/archive/2013/02/the-biblical-pseudo-archeologists-pillaging-the-west-bank/273488/?single_page=true