The legacy of racial violence through an archaeological perspective, specifically lynching, perhaps is one of the most relevant examples of how to present the idea that the discussion of how to ethically present histories from our past is intensely relevant today.

The ways that artifacts are presented create narratives that either fetishize or humanize the archaeological remains of such atrocities. For example, after the 1901 public murder of George Ward in Terre Haute, Indiana, the crowd immediately fought amongst one another in order to obtain any part of Ward’s body. His extremities were broken off and kept. His toes were auctioned off to the highest bidders (Young 168). The remains of lynching victims became a memory of the ritualistic murders to those who commoditized the black body. In contrast, the families and friends of the lynching victims would scour sites to find any remains, so that they could bury them (Young 183).

The infamous lynching postcards that were and are insensitively displayed in family photo albums bring this hate crime to life (Simon 1:Without Sanctuary). Postcards portraying lynching victims continue to circulate within the market, perpetuating a sort of looting that represents the way that we still view the victims of these violent acts. It evokes visions of the colonial past, creating a modern ‘cabinet of curiosity’ that continues to other and fetishize the secrecy and yet loudness of racial violence. It is obvious that systemic and violent dehumanization, social or physical, of black and brown bodies is not something that is limited to the past. 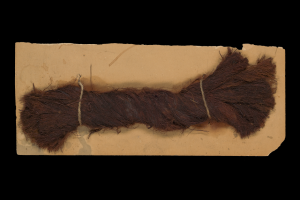 Figure 1. Rope used in the lynching of Matthew Williams in December of 1931. It is currently displayed at the Smithsonian National Museum of African American History and Culture.

This is not to say that archaeological remnants of lynchings should not be displayed in any circumstances.  Emmett Till’s family donated his casket to the Smithsonian Museum. A piece of the rope used to murder Matthew Williams is at the Smithsonian National Museum of African American History and Culture. James Allen and John Littlefield’s collection of lynching postcards and photographs literally take these artifacts from people’s collections and turn them into a condemnation and remembrance of the victims. All of these artifacts are intended to become materials for teaching and remembrance by those descended from victims and by allies, and this is what we must hope happens to as many cultural remains as possible.

But we must remember that certain voices must be put at the forefront. James Cameron, a victim of a botched lynching, founded a museum based on this black genocide. He is a living testimony to the remains that have become ecofacts to museums and collectibles to many others. America’s Black Holocaust Museum had wax figures of lynching victims on display, as well as rope used to lynch a man. It evoked such negative reactions that the exhibit was taken down. The Museum shut down in 2008, and although it reopened this year, its temporary failure serves to show which narratives continue to dominate and gain support. Archeology must be collaborative, because only those who have lived the repercussions of such horrors can adequately help to create the ethical narratives that such remnants deserve. 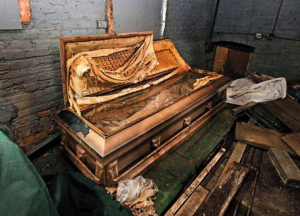 Figure 2. Emmett Till’s casket, donated to the Smithsonian in 2009.

Postcards of Lynchings by James Allen and John Littlefield