Consider Central Asia, where Russia’s Altai Republic intersects with Kazakhstan, Mongolia, and China. Much of the region remains a tractless wilderness, with roads and settlements existing only in the most sparse and isolated sense of the term. Here, tourism is an undertaking of long distance and remoteness, but the history of the Altai Mountains defies the conventional wisdom of such a place.

Long before the storied Silk Roads wound across the Eurasian landmass, Altaian peoples operated within a dynamic interplay of genetics, language, artistry, and culture, at once receiving from others and wielding influence over them. Theirs is an expansive narrative with links to Africa, Europe, the Middle East, India, China, Korea, and even North America that toys with the modern ethnocentric default of “othering” unfamiliar peoples and trivializes the theory that it is possible to delimit distinct branches of humanity. 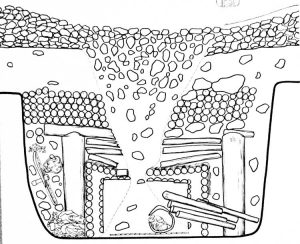 Figure 1: Cross-section of a Pazyryk burial.

Prominent over 2300 years ago, the Pazyryk people left behind burial mounds called kurgans that today proffer the bulk of data on the history of the Altai Mountains. Evidence from numerous well-preserved kurgans allows experts to claim with “no doubt that this culture was closely linked…to the leading centers of civilization at the time in China, India, and Achaemenid Iran” (Tresilian). By reusing items from other peoples and adapting foreign motifs into their own designs, the Pazyryk demonstrate an eclectic taste that would not have been possible if they were closed off from the exchange of goods and ideas. Some iconography from Western China clearly exhibits inspiration from the style of the Altaian nomads (Tresilian), while the embellishment of Chinese silks to clothe the renowned Pazyryk noblewoman approaches stylistic elements that remain common among the nomads of the region today. From the western side, Altaians absorbed Achaemenid influences and endured observation by the Greeks. Any depiction of a human is rare in Pazyryk art, and yet a bridle carved with the image of Bes, an Egyptian genie that was popular among the Achaemenids, appears in one of the tombs (Rubinson). 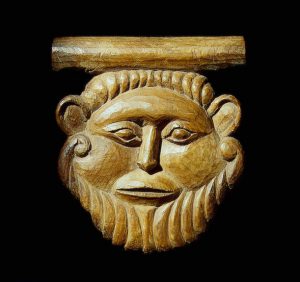 Figure 2: Image of Bes, a token of Achaemenid influence in the Altai Mountians.

When paired with genetic evidence that links modern Altaians to the Iranian-Caucasian lineage of the Pazyryk (“Siberian Princess”) and to ancestral Native Americans (“On Our Mind”) through demographic expansion from the region (Gonzalez-Ruiz et al.), an image of the power of cultural synthesis across history takes shape, an image in which each group of people depends on the accumulated influence of others.

When archaeologists under the auspices of UNESCO propose awareness among local people as if it were an afterthought (Tresilian) and Russian officials cast off pleas for the return of Pazyryk mummies with invocations of science (“Siberian Princess”), they disregard indigenous ways of knowing and transform heritage into an exotic subject of curiosity. The residents of the Altai region may be able to claim a history that transcends the boundaries surrounding them, but the institutions championed by Europe and America continue to put themselves above the rest, deepening divisions and ignoring the profound connections that link every group of people to a shared human story.