Southern house wrens use alarm calls to alert others to danger 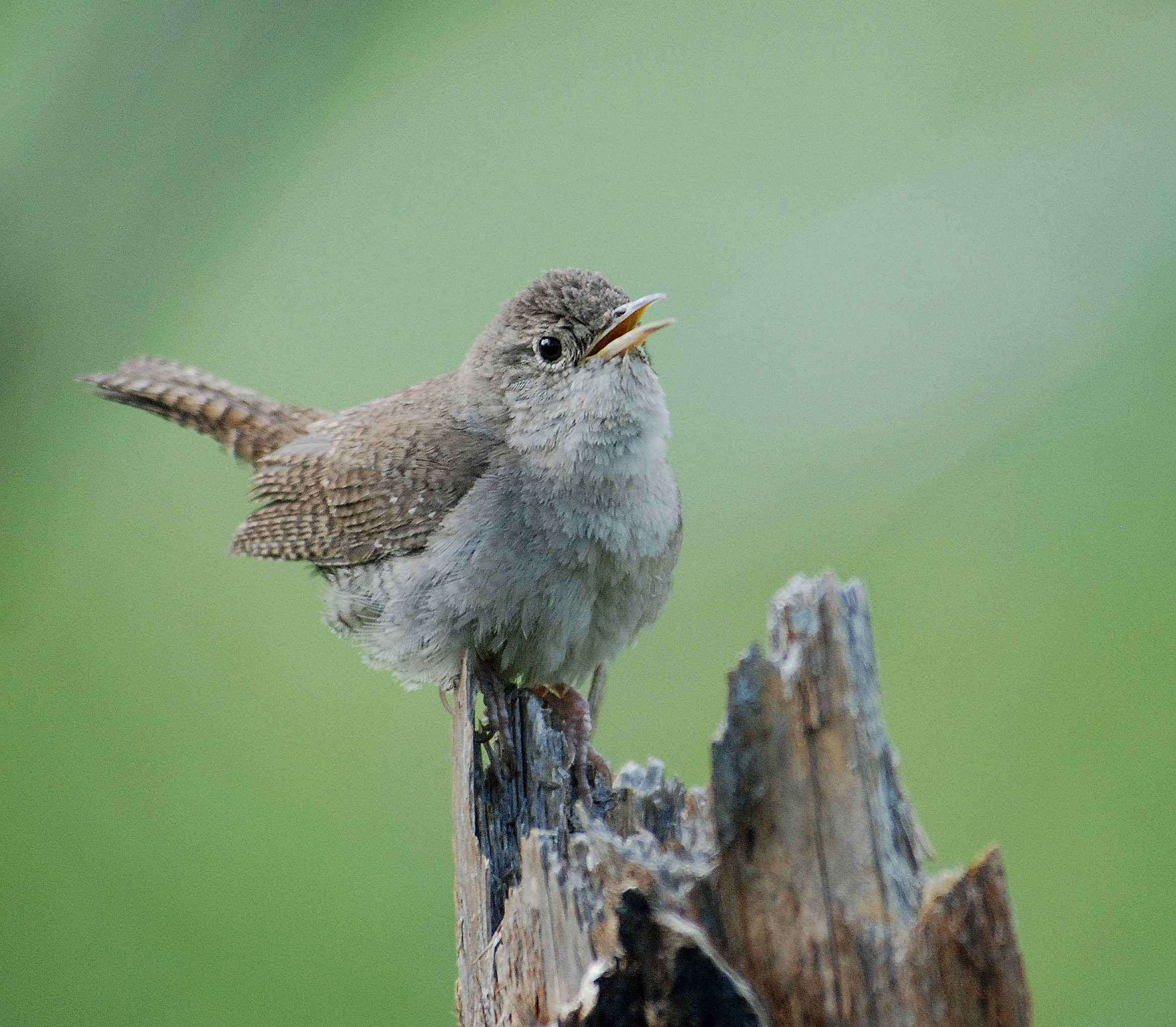 House wrens produce two types of alarm calls, specified as Type I and Type II, during their nesting season. Nestlings respond to Type I calls by becoming silent and decreasing their movement in the nest. However, Type I calls are also utilized outside of the nestling phase of nesting season indicating that calls have other purposes such as indicating the presence of a threat. Scientists hypothesize that a threat closer to the nest triggers a more intense alarm calling and that higher calling rates increase recruitment of other birds, if the alarm calls of house wrens do indeed convey information about the level of threat.

In the first experiment, scientists found that the distance of a perceived threat did not have an effect on alarm call structure or the frequency of Type II calls. In contrast, the frequency of Type I calls varied, increasing as the distance of the threat was made shorter. In the second experiment, scientists found that high-calling rates of house wrens attracted more birds than low-calling rates.

With the results found, the scientists’ hypotheses are supported. As the perceived threat moved closer to the nest, the house wrens increased their rate of Type I alarm calling, and such higher call rates did attract more birds. It is still unclear if specific alarm calls are meant to attract others to defend against a predator, but it is clear that the alarm calls of house wrens provides valuable information about a perceived threat.

The variation of calling rates in house wrens play a vital role in communication when it comes to conveying information about perceived threats. The call of the house wren can influence the behavior of whoever listens as it provides more context to the threat than the limited information these alarm calls can provide.