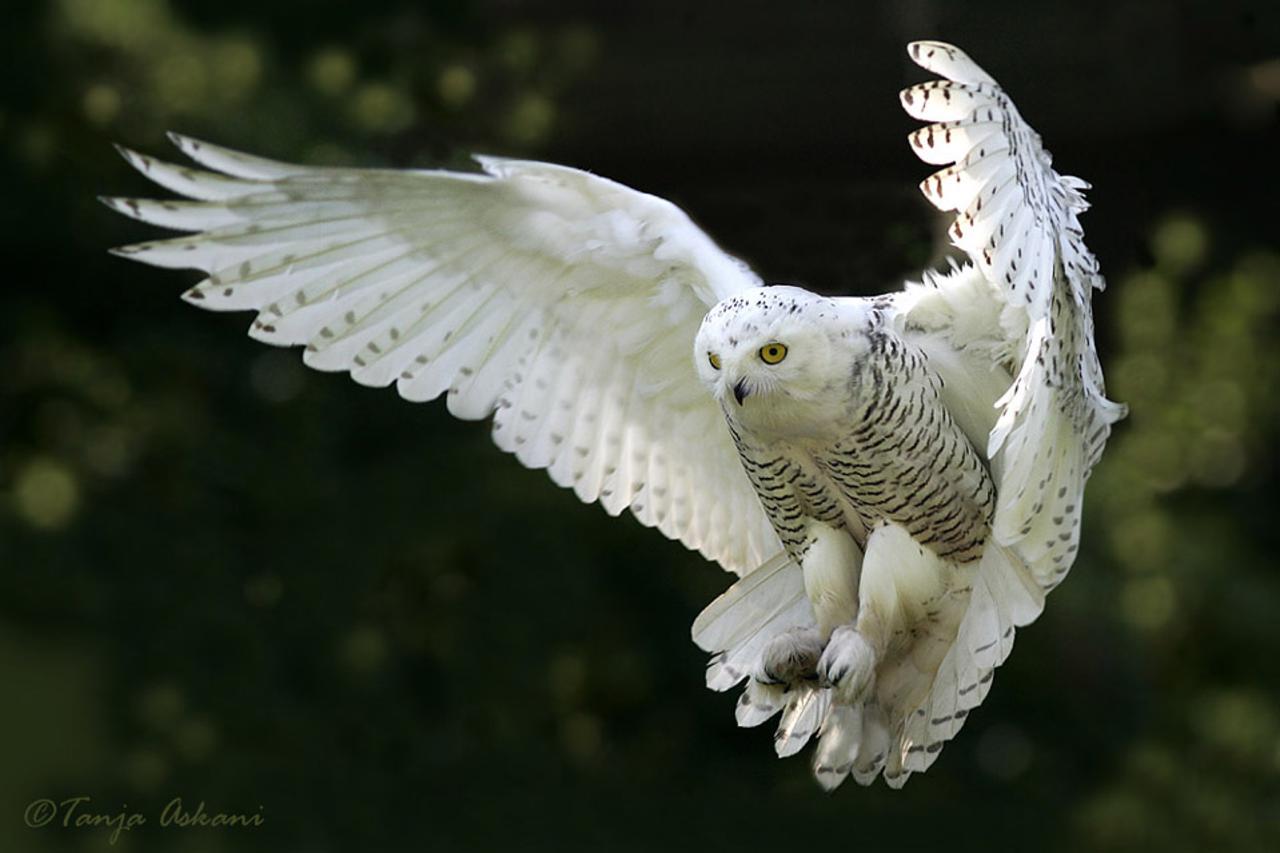 Females are generally larger than the males, and have more black markings on the body in 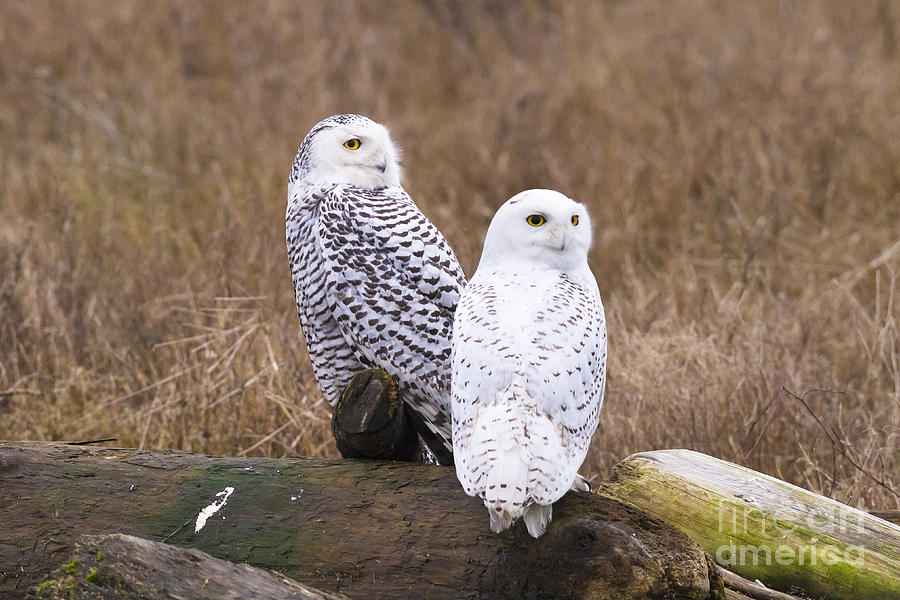 Two Snow Owls. The left is the female owl with a lot of black markings. The right is the male owl who is smaller and has less black markings. http://images.fineartamerica.com/images-medium-large-5/male-and-female-snowy-owls-mike-cavaroc.jpg

comparison to the male. Males lose virtually all of their black markings whilst aging. The Snowy Owl is North America’s largest owl due mostly to its thick feathers that aid in insulation (Parmelee, 1992).

As listed above, Snowy Owls are especially territorial during breeding season. They are also known to fiercely defend their winter territories (Parmelee, 1992). Snowy Owls  have been known to attack humans while on nesting grounds. Males are generally the aggressors and protectors of the nest and territory. However, there have been cases recorded of female Snowy Owls attacking humans when their young are near (Parmelee, 1992). Despite Hedwig’s appearance as Harry Potter’s loyal owl, Snowy Owls are not the best companions for humans.

Though there is little information on the pairings of the Snowy Owl, it is presumed that pairing occurs between late April and mid-May (Parmelee, 1992). Males mating display occurs in two parts: and aerial display and a ground display. In the aerial display, the wingbeats are exaggerated as the male gradually climbs. His descent is smooth, vertical, and the wings are generally set in a “V”. As he flies past the female, the male Snowy Owl carries a lemming as can be seen in Figure 1. The ground display is just as intricate.

After dropping the lemming on the ground, the male’s wings will remain erect for the first part of the display while orienting his back and side closer to the female. With wings still erect, the male Snowy Owl will lower his head and fan his tail. This display is said to be seen from afar because of the flashing effect that occurs from the sun reflecting on the males white wings (Parmelee, 1992). As the male is bent over, the female approaches.

Snowy Owls breed in the Arctic; many are known to leave their breeding grounds during the winter, but there are a few who do not migrate. Because they hunt on the ground, Snowy Owls prefer rolling terrain for the vantages that allow them to survey the surrounding area (Parmelee, 1992). Snowy Owls migrate from North America and the high Arctic to southern Canada and parts of the Northern US regularly. They can be found in Dutchess County during the wintering months. Snowy Owls are also irruptive migratory animals in Pacific NW, Midwest, eastern Canada. Figure 3 shows the breeding areas, winter areas, and year round areas of the Snowy Owls (Parmelee, 1992).

Figure 3. Areas where Snowy Owls are found during breeding season, winter, and year round. http://bna.birds.cornell.edu/bna/species/010/galleries/figures/figure-1/image_large