Do bats confuse traffic with the weather?

Animals rely on their sensory systems to gather information about their environments and use that information to help them behave in ways that will be beneficial to their ability to survive and reproduce. However, anthropogenic noise in the environment can interfere with the ability of animals to use their sensory systems to gather information, and this can lead animals to make decisions that are less beneficial to their survival and reproduction. One example is that anthropogenic noise can alter foraging behavior and reduce foraging efficiency, which directly influences an animal’s survival. 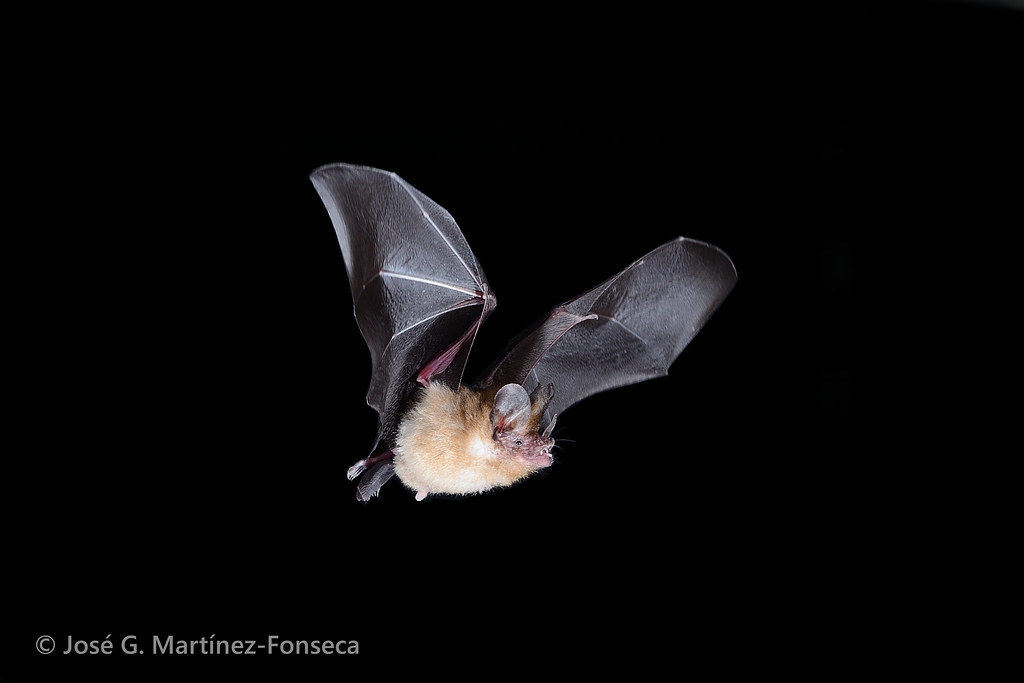 Geipel et al. (2019) studied the effects of anthropogenic noise on foraging behavior in common big-eared bats (Micronycteris myotis). These bats rely on echolocation to forage, so their foraging behavior likely to be affected by acoustic anthropogenic noise. The authors examined whether traffic noise influenced the emergence of bats from their roosts for foraging, at roosts which previously had not been exposed to traffic noise. Bats typically delay emergence from roosts in the presence of rain noise, in order to avoid unfavorable foraging conditions. Under the “misleading cue hypothesis,” bats would also delay emergence during traffic noise, which is acoustically similar to rain noise. The authors predicted that if bats were misled by traffic noise and mistook it for rain noise, a similar cue with which they were familiar, then they would delay emergence from their roosts when exposed to traffic noise.

To test this hypothesis, the authors observed emergence behavior of common big-eared bats in nine different roosts in Soberanía National Park in Panamá. They conducted playback experiments in which they played recordings of ambient noise, rain noise, or traffic noise near the entrance of each roost from 30 minutes before sunset until one hour after sunset, since common big-eared bats usually emerge from their roosts to forage around sunset. At each roost, they recorded how many bats emerged and at what time each bat emerged under each of the three sound playback treatments.

The results of this study demonstrated that common big-eared bats can discriminate between rain noise and traffic noise, so delayed emergence during traffic noise under the “misleading cue hypothesis” is not reducing foraging efficiency. More research is needed to determine what is causing reduced foraging efficiency in bats exposed to traffic noise. Foraging behavior determines an animal’s ability to eat, and therefore survive and reproduce, so reductions in foraging efficiency could cause populations to die out and then lead to drastic changes in ecosystems or extinction of species. Therefore, it is important to continue studying how human activities are negatively impacting foraging behavior in animals.