Bigger is Better: Trans-generational effects shown in offspring passed on through both parental and embryonic experiences

No one wants to be eaten by anything if they can help it, and so animals have developed emergency contingencies to avoid predation. A common response to fear of predation is often changing performance or fitness throughout all stages of life history. However, these responses to fear of predation can start as early as the embryonic stages, with many either inducing hatching earlier to avoid egg predation or even prolonging the egg stage to reduce the risk of predation after hatching. And so embryos have developed this sense of plasticity as an antipredator strategy which can go on to influence the rest of their lives after hatching. Parental risk experiences may also impact offspring traits, either by enforcing or weakening embryonic effects.

An image of Nucella lapillus hiding within its shell.

“Bigger is better” is a phrase often seen in the animal kingdom, with larger predators dominating smaller ones. Prey have also developed this unconsciously to avoid predation risks. When parents experience risk, they may pass down this fear by changing how their offspring develop in the hopes that it will have a greater chance of survival. Donelan and Trussell suggest that there is a transgenerational effect shown in offspring of the snail, Nucella lapillus, that occurs because of both parental and embryonic experiences, thus resulting in an increase in growth efficiency or larger offspring. 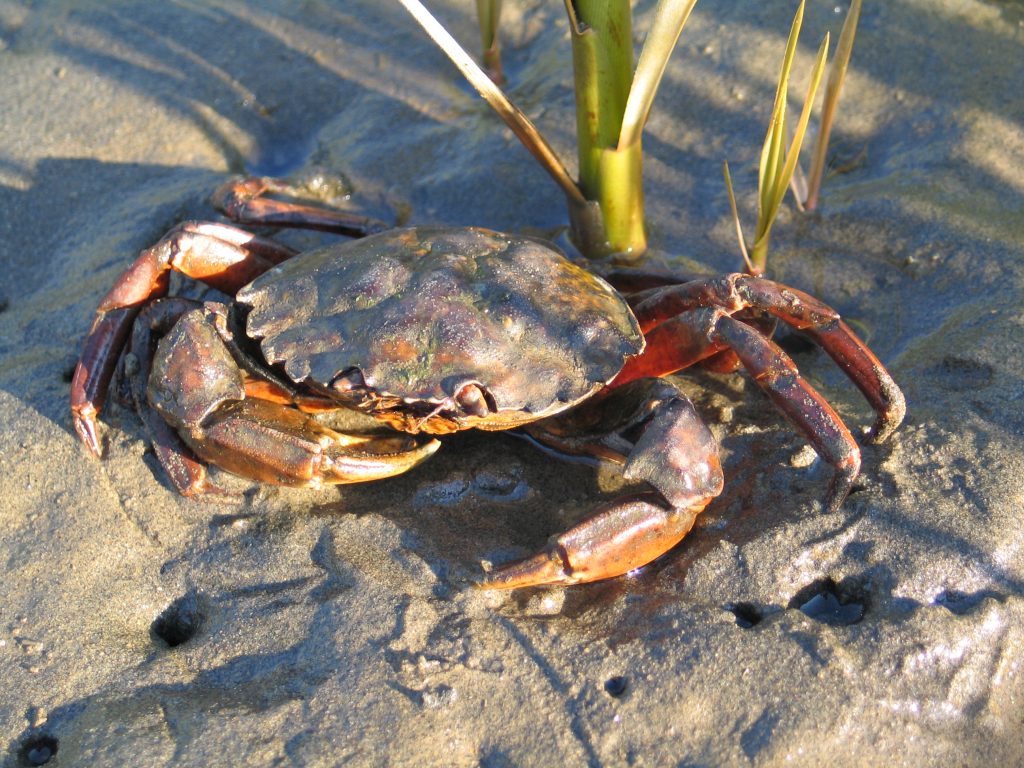 Green crab is known to prey on the Nucella lapillus.

So what did they find? Offspring of risk-experienced parents had 8% longer shells and 39.5% more tissue compared to the offspring of parents that did not experience risks, however, this was true only if the offspring had also experienced risk during its embryonic stage. If the embryo did not experience risk during development, its shell length and size was not impacted. One significant effect from predation risks is shown when embryos that experienced risks during development respired 56% less if their parents were also exposed to predator cues.  Another interesting effect showed that offspring of parents that experienced predatory risks as embryos emerged earlier than average compared to their risk-free counterparts. The duration that embryos experience risk was not shown to have an effect on offspring size.

These results suggest that a larger size emergence from an embryo is often adaptive due to larger offspring can be less susceptible to predation, more competitive to conspecifics, and so able to reach reproductive age more quickly than smaller offspring. Even short-term exposure to predation as embryos is enough to prompt a stress response in offspring, resulting in the lowered respiration rates which, in turn, lead to larger sizes due to improving on metabolic efficiency.

Overall, there is a synergistic effect of parental and embryonic experiences with predation risks that allows the offspring to adapt to risk conditions in the environment. This article demonstrates how there could be an underlying trans-generational effect, where early life experiences could have a pronounced effect on phenotypic changes. Further study is needed, with an emphasis on how environmental stressors can affect parental and embryonic experiences, such as climate change, which can have differing effects on the dynamics of species interactions and the consequences natural communities would face.