One important question archaeologists face today is how to best preserve the world’s heritage. Are ancient artifacts safer in more modern museums or should they reside in their country of origin?  The Greeks and British have debated over this issue for years due to some of the world’s most famous artifacts: the Elgin Marbles. 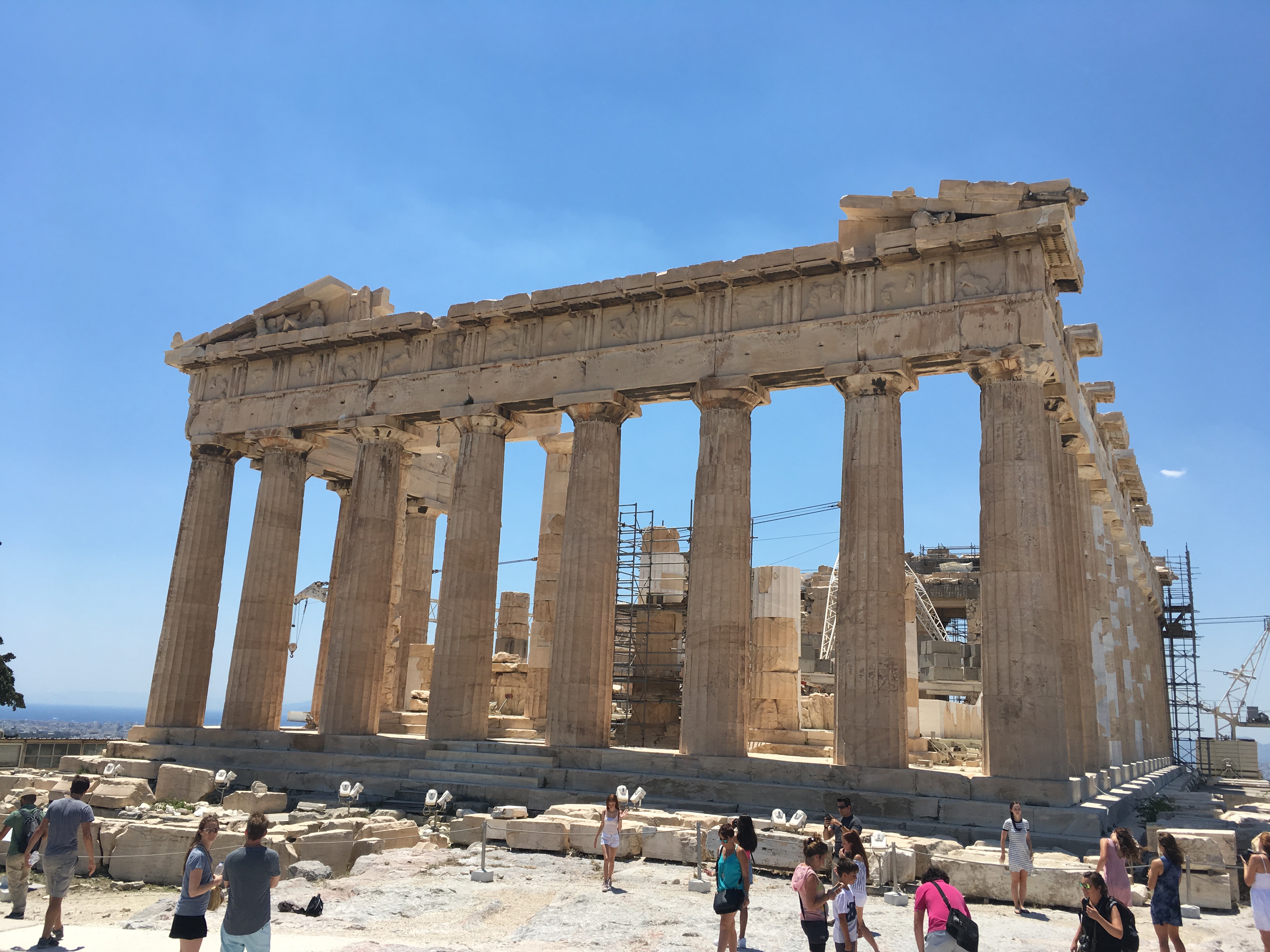 Picture of the present day Parthenon with missing frieze
Photo by: Marissa Kokinis

The story all begins with Lord Elgin. At the time Greece was under the control of the Ottomans and Elgin was the acting British Ambassador to the empire.  Lord Elgin came to an agreement with the Ottoman Sultan to make casts and paintings of the Parthenon sculptures to take back to England with him, but through questionable means Elgin gained permission to “take away some pieces of stone with old inscriptions and figures,” (Sánchez, 2017).  Elgin went on to remove most of the Parthenon’s frieze along with other statues, but after falling into debt he sold the marbles to the British government. 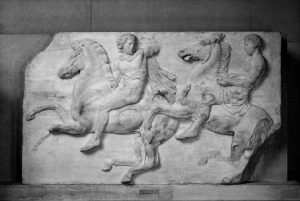 After gaining independence the Greeks asked for the Elgin marbles to be returned, but as of now they remain in the British Museum causing a huge debate.  Those opposing their return argue that Lord Elgin had the legal documents to take the marbles, paid the Ottoman Empire appropriately, and that the marbles have been safely displayed in the British Museum for over 200 years, whereas they could have been completely destroyed had they remained in Greece.  Those in favor of returning the marbles to Greece argue that these marbles are a symbol of Greek heritage and that Elgin did not actually use legal means to obtain the marbles.  Others are concerned the marbles will be damaged if they are returned to Greece, as archeologists say current sculptures at the Acropolis are threatened by air pollution, but Greek archaeologist Alexandros Mantis says that Greece can prove to the British they are capable of taking care of their artifacts by moving these sculptures to the museum and that Greece deserves to have the marbles returned (AFP, 2008).  There are also arguments that the British Museum is more suited to host the Elgin marbles, but the New Acropolis Museum, which opened in 2009, is now fit to host any of the Acropolis’ ancient artifacts. 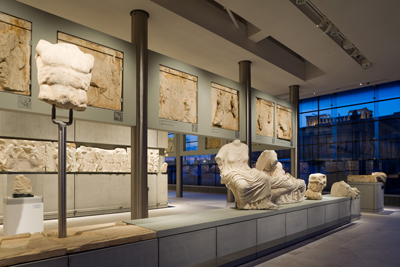 Archaeologists play a large role in preserving the world’s heritage and should participate in debates over questions such as, are there cases where certain artifacts are better preserved in more developed countries? Or if a country requests the return of their artifacts should they be returned even if it might endanger the artifacts? These questions will not be answered overnight, but archaeologists can offer unique opinions on these issues with their knowledge of cultural identity and desire to preserve world heritage.

Pictures (In order of appearance):

Daniilidis, Nikos. “A nightview of the Parthenon Sculptures of the Acropolis Museum, opposite the Sacred Rock and the actual monument.” Themanews, 29 July 2014, en.protothema.gr/opinion-professor-dimitrios-pandermalis-president-of-the-acropolis-museum/. Accessed 7 Nov. 2017.