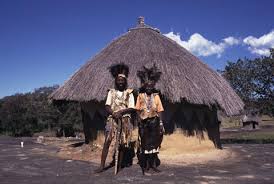 Shona People. Believed to be the descendants of Great Zimbabwe civilization

Great Zimbabwe is an example of the important role context plays in archaeology. Without context, it is impossible to create accurate depictions of the past. Context is what allows archaeologists to turn artifacts into theories about the past.