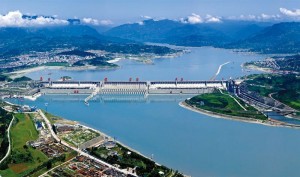 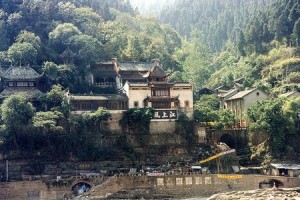 Some 250 miles south of Portland, Oregon, Crater Lake is the deepest lake in the United States. However, it did not start this way. It was once the top of Mount Mazama, a supervolcano in the Cascade Range that towered over 12,000 feet above sea level. The transition from enormous mountain to the caldera it is today was explosive: about 7,700 years ago Mount Mazama erupted, emptying twelve cubic miles of lava and enormous amounts of pumice out of its magma chamber in mere days, during an eruption forty times as powerful as the 1980 eruption of Mount St. Helens. The magma chamber then collapsed in on itself, forming the caldera, which filled to form Crater Lake. 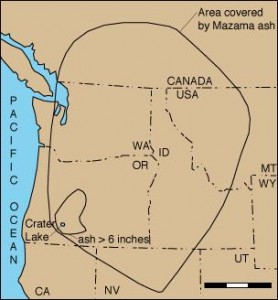 During this explosion, Mount Mazama also erupted an enormous ash plume.This is where archaeology ties in. The ash cloud was so immense that it stretched over nearly the entire northwest, as far north as Alberta, Canada. This ash layer, which soon cooled to a solid, remains an easily visible lighter layer of sediment throughout this whole area, providing archaeologists studying much of the Pacific Northwest with a definitive time stamp for relative dating. This method of dating uses stratifigraphy, which analyzes sedimentary layers and the finds contained within them to determine their dates in relation to each other and learn what the environment was like at the time the layer formed. 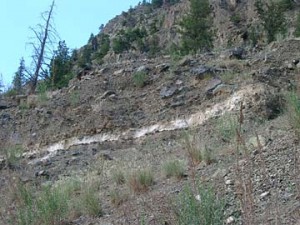 This and other kinds of archaeological survey and dating, mostly Potassium-Argon dating of igneous rocks, have also provided evidence on how Mount Mazama evolved and its development since its most recent eruption. The oldest lava flows from Mount Mazama are 400,000 to 420,000 years old, and in between then and now there are lava flows of varying ages. Mount Mazama itself is made up of many smaller shield volcanoes and stratovolcanoes that, through time, eruptions, and glaciation merged into one supervolcano before its ultimate eruption and collapse. Remnants of the cones of these other volcanoes remain, and geologists and archaeologists can date the lava they erupted to find how Mount Mazama itself evolved.

A diagram of the sediment layers at Mount Bachelor, 100 miles from Crater Lake, shows the stratigraphy of Mount Mazama ash

Studying the volcano itself gives archaeologist valuable context for understanding the cultures of this area. For the Klamath people of Northern California and Southern Oregon, Mount Mazama and Crater Lake are central to their cultural identity and history. They had lived in the area for thousands of years before the most recent catastrophic eruption, and believed Mount Mazama and the region’s other volcanoes to be the home of spirits. In their cultural belief, the eruption happened when the spirit of the underworld broke out, and their culture’s spirit chief forced him back, thus trapping him in the collapsed volcano. The rain that then came to put out the fires filled the crater to form Crater Lake, a sacred site which they kept secret from outsiders until a white settler accidentally discovered it in 1852. For archaeologists, understanding Mount Mazama is critical to understanding their cultural history.

The legends behind Crater Lake: