Archaeologists uncover information about homeless people and immigrants based on their material culture. Their discoveries contradict popular beliefs about these groups of people. Many might not consider that homeless people have a desire to learn and think critically, but that is exactly what archaeologists discovered. The short documentary, Inocente, follows a 15-year-old homeless girl in San Diego, California. The girl, Inocente, attends school and dedicates herself to her art. Her ambition, dedication, and independence appear throughout the film, disproving stereotypes about homeless children. Like archaeology, film shows the reality of homelessness and immigration.

For four years, the Burke Museum of Natural History worked with the Peruvian government to identify objects such as human remains, ceramic vessels and bowls, a collection of dolls, necklaces, and textiles. On November 5, the Peruvian Consul General attended a gathering for the final exhibition of the items; and the following week, the items were packed up and transported to Peru. Those items were identified for repatriation under a UNESCO Convention on the Means of Prohibiting and Preventing the Illicit Import, Export, and Transfer of Ownership of Cultural Property. The convention permits government to designate meaningful objects of cultural heritage and protect them from leaving the country from which they originated. This repatriation shows that the museum is fulfilling the ethical responsibilities that come with having excavated artifacts. The UNESCO convention supports the idea that the identity of people is linked to the past, which people learn about from artifacts. Thus, the countries that use the UNESCO convention to repatriate artifacts can reclaim information from their past. 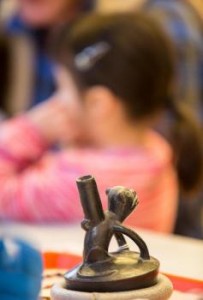 Figure 1- A ceramic vessel collected from Mochica, Peru, is one of the objects returned to the Peruvian government.

Dr. Peter Lape, associate director of research and curator of archaeology at the Burke Museum, said, “We are glad to help send these collections to Peru.” The artifacts were flown by the United States Air Force to the Peruvian Air Force base in Lima, Peru. Two officers from the Peruvian Ministry of Foreign Relations took the objects and transferred them to the Ministry of Culture for further preservation. The positive attitude from Dr. Lape and the level of involvement for transportation indicate the importance of repatriation and the power that the UNESCO convention holds. 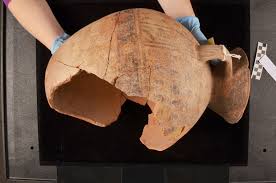 This pot, given to the Burke by a Seattle woman in 2007, was returned to Peru.

The museum was prompted to examine their Peruvian collections by a different ruling concerning the handling of Native American cultural items for federal agencies or institutions that receive federal funding. The ruling led the museum to re-inventory all of their human remains and they found three sets of Peruvian remains. Laura Phillip, the museum’s archaeology collections manager, said, “So, it’s sort of in the spirit of that law [Native American Graves Protection and Repatriation Act of 1990], we talked to the Peruvian government and said ‘Would you be interested in these individuals?’ And they said yes.” So, the legislation regarding archaeology and artifacts has the potential to stimulate further discussion of repatriation. Existing legislation combined with ethical standards of archaeologists and museums foster a system for dealing with artifacts that is respectful to the people who consider the artifacts as parts of their past.