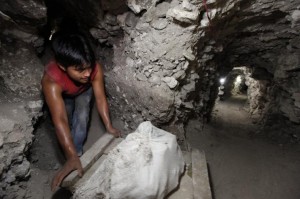 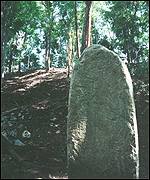 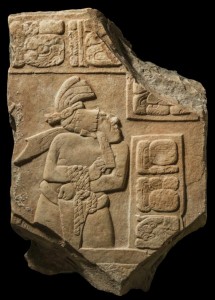 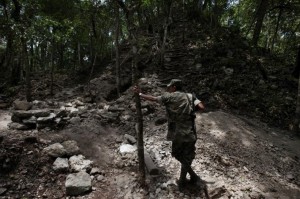 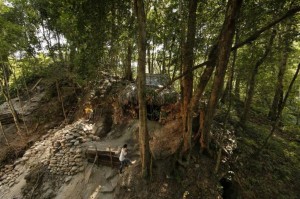 The past is a place full of wonder, mystery, and most importantly, the answers to the lives of our ancestors. Social Archeology is the study of past societies that instead of focusing on the individual focuses on the society as a whole. By doing so, archeologists are able to explore the culture and the systems of living within past societies and ultimately shed light on societies who have been lost in history.

The Minoan Civilization, who rose during the Bronze Age, was discovered on the Mediterranean Island of Crete and dates from 2600 B.C to 1150 B.C. It was first discovered by Sir Arthur Evans in 1900 during an excavation of Knossos, an ancient Minoan palace. His findings within the palace led him to believe that there was a possible ancient civilization on Crete which was the home to the legendary King Minos, hence why he named the Civilization Minoan. 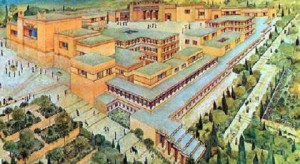 Most of the artifacts found upon excavation originated during the Propatial Period (1900 -1700 B.C) and Neopalitial Period (1700-1400 B.C).  It was also during these periods that the Minoans built their four principal palaces: Knossos, Phaistos, Malia, and Zakros. The grandeur of these palaces reflected how sophisticated and advanced the Minoan Civilization was. Through archeological finds, it was concluded that these palaces served as central structures of trade, politics, and religion. Within these palaces archeologist found remains to suggest that materials such as wines, oil, grain, and ceramics were stored there. Archeologists also found swords, arrow heads, armors and helmets as well as fortified towns and settlements. These all suggest that the Minoan Civilization was so massive they needed central structures for food storages as well as means to defend themselves against neighboring attacks. Another major find was the discovery of one of the first examples of writing in the Aeagan world, Linear A.

Artifacts have been found with the writing which suggests that the Minoans used the writing system for religious and authoritative functions. The Minoans were intelligent enough to produce their own form of written history though it is still in the process of being deciphered. Also, artifacts found in the city of Gournia such as clay pots, copper, bronze, stone vases suggest to archeologist that Minoan citizens were gifted in the skills of pottery making and metal working since they found similar items on settlements throughout the civilization.

By simple excavating several sites Archeologists have been able to slowly piece together the lives of those who inhabited the Minoan Civilization as well as the main means of commerce and sustainability. Unfortunately, Minoan Crete is a civilization wrapped in speculation. Archeologists are unclear of how and why the civilization disappeared from history and there is still debate on how it met its fateful end. Though we may not know all the answers, the site still continues to tell the story of people who were able to create one of the most complex civilizations in Greek history.

Who Were The Minoans?

The Fall of the Minoans