This coming weekend, September 23-25, 2016 is All Families Weekend at Vassar.  What better time to show off the Library and all its architectural details to family and friends? 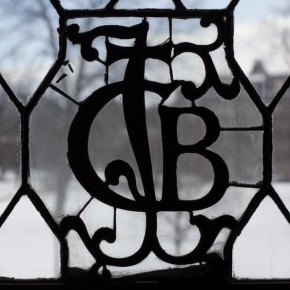 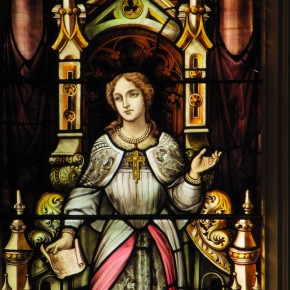 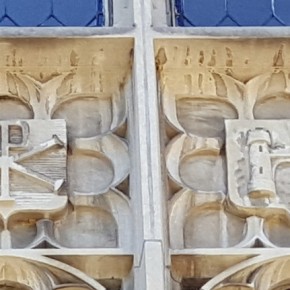 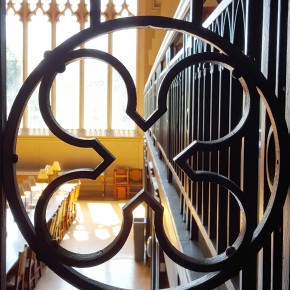 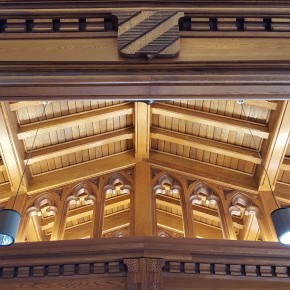 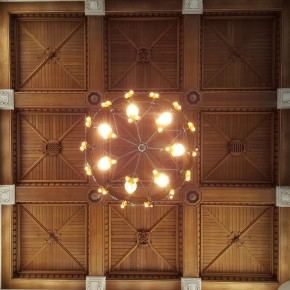 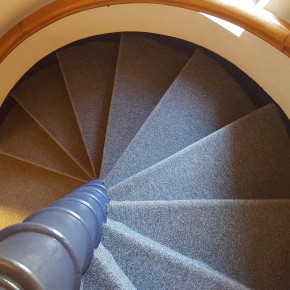 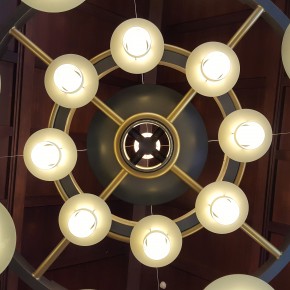 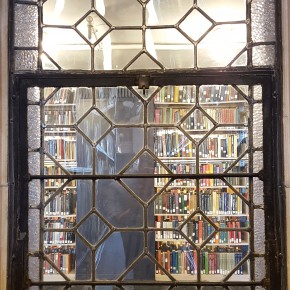 The Library has a rich architectural history.  The Main Library was built in 1905 and has been expanded and updated several times over the past 110 years.  Most of the original architectural details are still present today — along with some breathtaking newer ones!  Bring your family and friends to the Library this weekend and enjoy this beautiful, historic building as well as the contents within!

For further information on the history of the Library, visit:

For more information on the events happening on campus during the weekend, please visit:

Some of the smallest items in Universal Collection: A Mark Dion Project, currently on display at the Francis Lehman Loeb Art Center, come from Vassar’s Archives and Special Collections Library. The exhibition is beautiful, fun, and interactive, and it will be up until December 16th. An edited version of the essay below is featured in the exhibition catalog.

The earliest pins in the Archives & Special Collections Library were worn by the first class to receive Vassar diplomas. That class, the Class of 1867, consisted of just four women. College lore has it that they designed their class pin in the shape of an ivy leaf because President John C. Raymond had called them his “IV class”. After that, the story of Vassar rings and pins gets complicated.

Between 1867 and 1873, according to a Vassar Miscellany article, each class “adopted some badge of its own — a ring or a pin — or whatever was fancied.” This chaos could only be tolerated for so long, and in 1873 a standard class pin was designed, differing only in class year and motto. Six years later that pin was labeled “clumsy” and “too ornate”, so the design was updated. That was to be the pin for the ages: “no Vassar girl will refuse to wear it, or desire a change.” In 1899, of course, a new design was chosen, and that pin could serve as both a class pin and a college pin –  because there was a difference between the two. Of course.

The difference between a class pin (or ring) and a college pin (or ring) makes sense once you know that, traditionally,  pins (or rings) were chosen and ordered for students in their sophomore year. That being the case, while students were attending Vassar, members of each class could be identified by the style of their class pin (or ring) — or, in the case of freshman, the lack of Vassar jewelry of any kind. College pins (or rings), on the other hand, were standardized and meant to be worn after graduation. In this way, a Vassar Woman could be identified as a Vassar Woman by anyone who recognized the distinctive design of their pin (or ring).

The distinction gets a bit muddy, however, because news accounts and letters tell us the earliest pins and rings were to be worn only by seniors and alumnae —  and when that tradition changed is anyone’s guess. Not really, though. With a bit of scrap and gusto, a curious student of college traditions could piece together a chronology of college pins, class pins, college rings and class rings, determine what rank was required to wear the things, and perhaps even make connections between each era of Vassar jewelry and the art, fashion and culture of American society in general.

Let’s leave that for another day, though, and move on to 1942. When the United States entered World War II, Vassar sophomores voted to hold off on buying rings until victory was won, putting their money into War Bonds instead. After the war, Vassar students took the opportunity to reassess the class/college ring situation. In January 1947, the Legislative Assembly called for a vote, and the college officially had just one college ring! The choice was a simple signet ring, a “rectangle with rounded corners [and] a V with a C engraved on a plain gold face. Today the shape is oval, and you can choose a black or maroon agate face, but the superimposed V and C are much the same. We’re so excited to welcome back our alums this weekend. There are so many fabulous events planned it will be hard to choose among them, but don’t forget to stop by the Library! Come in and visit with the Lady Cornaro, sit in your favorite study spot, and see all the changes that have happened since you left.

To get revved up for the festivities, view our Facebook gallery to see if your class can party like its 1925! Special Collections will be closed this reunion but we look forward to seeing you soon. Please stop in to see our Maria Mitchell exhibit in the Main Library.