The historic city of Palmyra, declared a World Heritage Site by Unesco and celebrated as the “Pearl of the Desert”, once served as a place of refuge for many travelers who traveled on the ancient trade route, Silk Road. Containing several ancient temples and sporting numerous, impressive Roman-Greek architecture, Palmyra was a crossroad to many civilizations and an epicenter of trade and the arts, where Greek, Roman, Persian, and Islamic cultures converged together to form the city’s unique heritage. 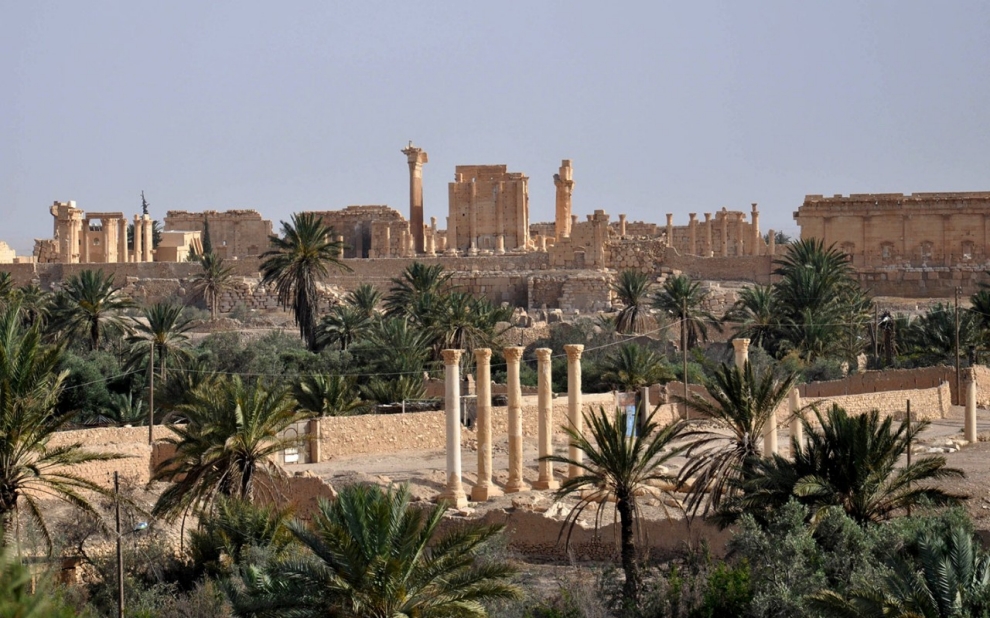 Considered the “Pearl of the Desert”, Palmyra is home to more than 100,000 people and myriad historical edifices.

Today, Palmyra, 150 miles northeast of Damascus, is a perilous area occupied by the notorious militant Islamic group, ISIS. Since May of 2015, ISIS, also known as Daesh, clashed with Syrian forces and took control of the city. In a matter of months, they targeted many of Palmyra’s historical sites, pillaging precious artifacts and destroying famed ancient architecture. In the course of their plunder, the 1,800 year-old Roman Arch of Triumph and the nearly 2,000 year old Temple of Baalshamin were completely destroyed and looted. Because of the ruthlessness of the regime under ISIS, attempts by domestic and foreign intervention to preserve remaining artifacts and sites of historical value were futile; the once highly profitable tourism industry in Palmyra also became non-existent as the area turned into an active war-zone, debilitating the lives of many local residents who depended on tourism for survival. 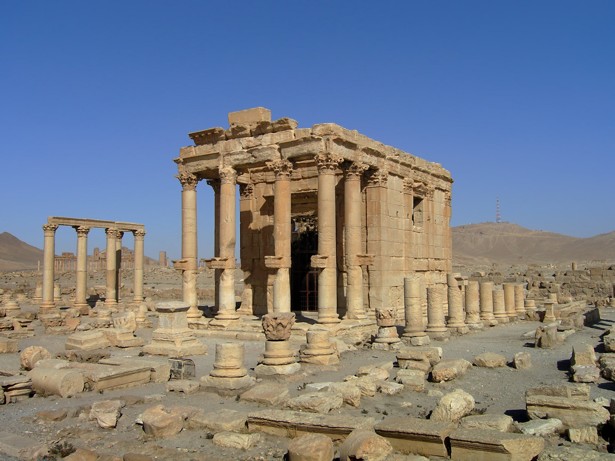 The Temple of Baalshamin in Palmyra, Syria before its destruction in 2015.

ISIS’s behavior in destroying and desecrating many of Palmyra’s archaeological sites does not surprise most historians and experts of cultural anthropology. Palmyra, which embodies Persian, Greek, Roman, and Islamic cultures, is an example of a multicultural and heterogeneous Syrian society that does not resonate well with the monolithic-minded views of the Islamic organization.  However, with recent discoveries, experts believe the unwarranted desecration of Palmyra serve a greater purpose than merely inciting psychological fear. Recent raids conducted by Syrian Army on ISIS installations reveal spreadsheets listing taxes derived from selling antiquities to wealthy, foreign buyers. The ISIS-controlled government, issuing permits to potential looters, authorized the plunder of historical sites for objects of interest and value within their boundaries, which then were sold and taxed by the government. Between 2014 to 2015, large amounts of stolen artifacts were sold as antiquities to black markets and galleries throughout the whole world, netting the Islamic State with more than $200,000 in taxes. The money collected from artifact taxation funds many of ISIS’s ventures—including the expansion of the Islamic State’s boundaries and the future desecration and appropriation of other historical sites.

Stolen artifacts recovered from the Syrian compound of an ISIS official during a US special operations raid.

The growing demand of stolen artifacts worry both archaeologists and politicians alike, as oppressive regimes and terrorist groups destroy and ransack historical sites for artifacts to be auctioned off in black markets. In a constant cycle of destruction and despoiling, the insatiable desire and growing market for artifacts appropriated from historical sites, including Palmyra, contribute to the growth of extremist regimes and the ruthless destruction of invaluable archaeological sites.

2 thoughts on “The Destruction of Cultural Heritage as a Continuous Cycle: How the Destruction in Palmyra Shows It’s More Than Just About Inciting Fear.”