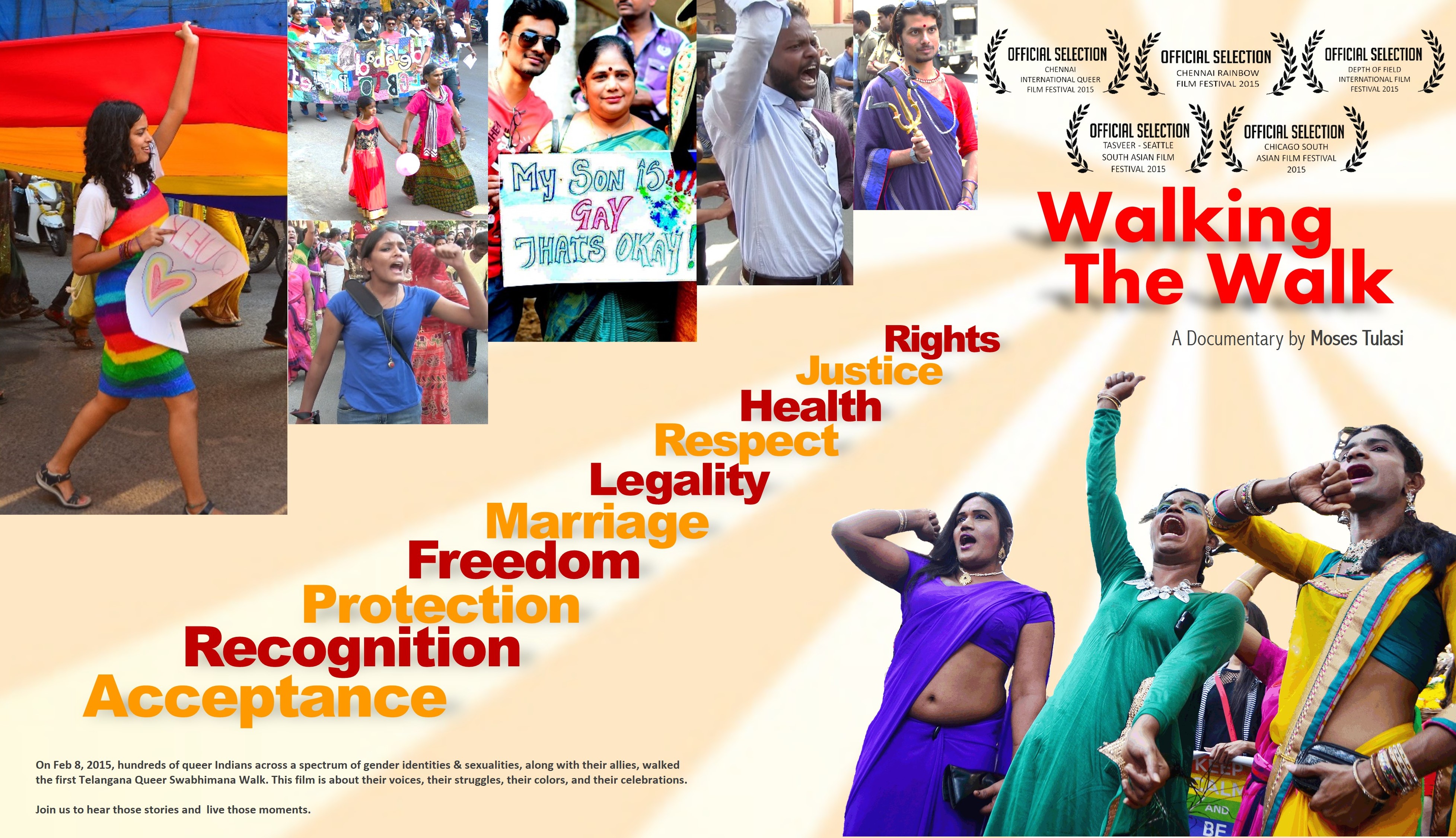 Born and brought up in a small town, Warangal in the state of Telangana, India and inspired by the Hindi parallel cinema of the 80’s, Moses Tulasi was always keen on films that had social relevance. While pursuing a career in technology in the US, Moses had also served on the board of Trikone-Chicago for six years, a support group for LGBT individuals of South Asian heritage and allies.

In the winter of 2014, Moses took a sabbatical from work and traveled to India, tracing his roots back, in search of a socially relevant subject for his first film. Moses was inspired to give a platform to socio-politically charged queer rights movement in the city of Hyderabad, set against the backdrop of recently successful social movement which led to formation of a brand new state in India, Telangana. This is how the documentary film Walking the Walk was made.

Walking the Walk follows the participants of Hyderabad’s Swabhimana (self-respect) Queer Pride March in February 2015. The walk draws inspiration from the most recently successful social movement which led to formation of a brand new state in India, Telangana. This film demonstrates how a collective of activists do more than talk the talk; they set into motion a political movement that celebrates small successes, demands resources for working-class transgender people, stands up to police violence, and allows the community to grieve for lost loved ones.

A screening of Walking the Walk will take place in the CC MPR on February 11, followed by a Skype session with Moses and other contributors to the film.