When we think of the domestication of dogs, an easy picture comes to mind: humans and dogs hunting side by side. Cats, on the other hand, are shrouded in a bit more mystery. How did these highly temperamental creatures end up in the laps of pharaohs and on the couches of our homes today? 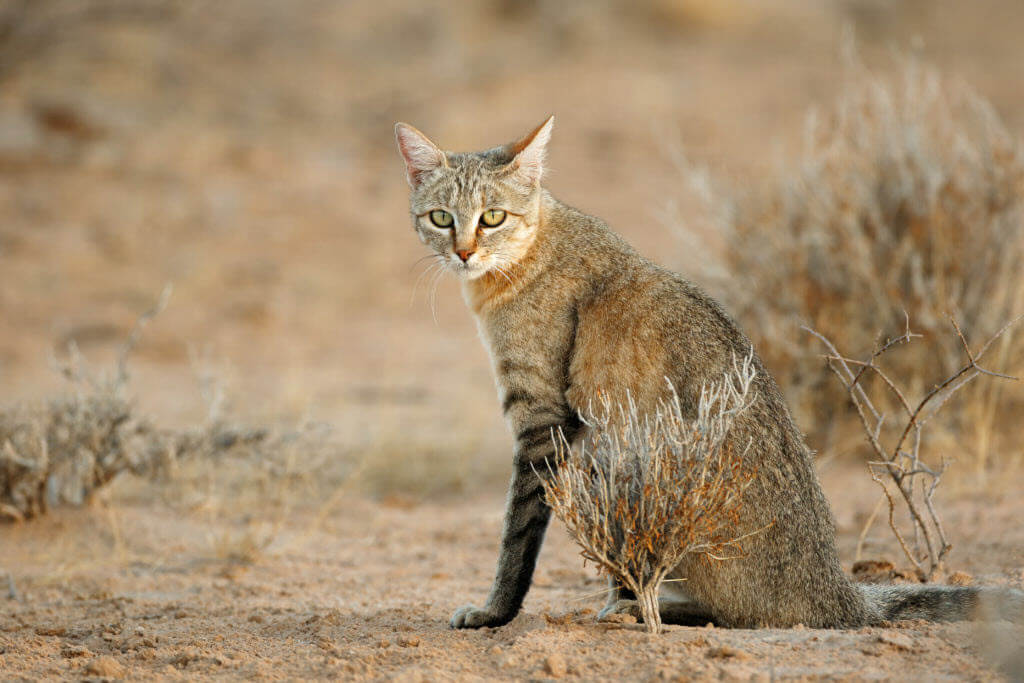 eolithic period, with the Felis Lybica (or African Wildcat) moving with early farmers to the European continent. Evidence for this comes from the discovery of Felis Lybica bones in Poland dated between 4200 – 2300 BCE (Sloat 2020). This aligns with the transition of humans to an intensely sedentary lifestyle focused on agriculture. Such a lifestyle would certainly draw the attention of rodents, evident by the many documented accounts of rodent infestation in farming communities. Cats, drawn by the large supply of prey, would have begun interaction and dependency on human activity, leading to domestication.

However, this is not the definitive start of domestication for cats. A study by Dr. Krajcarz was conducted by analyzing the carbon and nitrogen isotopes in bone collagen. It revealed that although cats certainly benefited from human activity (evidenced by traces of fertilizer), much of their diet was still from independent hunting (Nicolaus Copernicus University in Torun 2020). Over a long period, selective breeding would likely turn these wildcats into the domesticated cats we know and love today.

Further east, we can observe the possible domestication of cats through Egyptian art. One of the first artistic interpretations of cats is shown in the tomb of Baqet III, around 2100 BCE, which depicts a cat at odds with a rat (Bileta 2021). This also lends credence to the theory that cats were lured by the rats that surrounded human civilizations. A change occurred around 1450 BCE when tomb art began showing the cats in indoor settings, alongside royalty (Bileta 2021). Cats began to be depicted on or near chairs, suggesting some form of domestication.

A cat is depicted at its owner’s feet. Interestingly enough, all earliest domesticated cats were striped. Spotted cats did not emerge until much later

A shift away from art can be found in the sarcophagus of a cat called Ta-Miu, the pet of the pharaoh’s son Prince Thutmose. The cat was buried similarly to nobles at the time, suggesting that the ancient Egyptians began to regard cats as very important pets. Of course, this is also obvious when we look at Egyptian deities with feline features. Most famous is the goddess Bastet, who was depicted both with a domesticated cat’s head and as a cat herself. Interestingly, Bastet initially had a lioness’ head, switching to a cat as cats gained prominence in Egyptian society (Bileta 2021).

There may yet be evidence that dates feline domestication further back, but this seems unlikely given that cats were not likely to be buried until much later.

1 thought on “A Purrfect Match – Archaeology of the Domestic Cat”