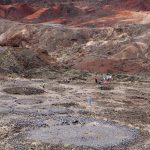 Figure 1. The site at Lake Turkana where archaeologists are excavating the 5,000 year old monument. Photo Provided by Katherine Grillo. 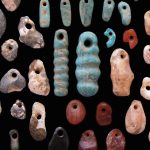 Figure 2. Artifacts found from the communal gravesite at Lothagam. While the ornaments were personalized, none of them seemed to distinguish superiority over one another. Photo Provided by Carla Klehm.

One thought on “Archaeology and the Ethical Dilemma”