Inez Nathaniel Walker (American, b. Inez Stedman 1911–1990) Walker is considered one of America’s foremost contemporary folk artists. She was born into an impoverished family in South Carolina and soon after orphaned. Before the age of 20, she was married and had four children. Abandoned by her husband, she spent the next three decades in Philadelphia and various parts of New York, working in factories and on farms to support her family. In the 1970s Walker was charged with the homicide of a man who had abused her and was consequently sent to Bedford Hills Correctional Facility in Westchester County. In prison, Walker found inspiration and time to release her creative impulse. She drew in order to create a place of stability in the foreign and often dangerous environment where she found herself. Using crayon on the backs of prison newsletters, she would render depictions of the violent women she encountered in prison. A teacher at the prison soon found these drawings and, with the help of a local art dealer, bought the work for exhibition and helped Walker acquire art materials to create works like the four drawings on display here.

Thanks to generous gifts from the late Vermont art dealer, Pat Parsons, the Art Center now owns over twenty works by Walker comprising one of the largest public collections of her drawings. 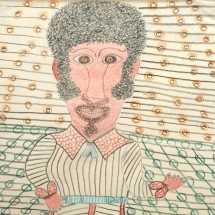 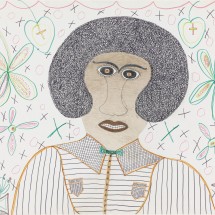 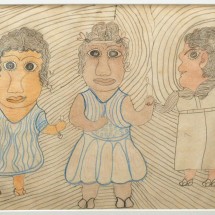 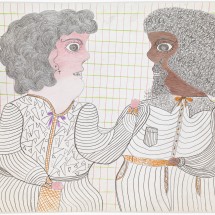