Remember the movie, “Stand and Deliver?” Definitely one of my favorites. Jaime Escalante is a high school teacher in a rough neighborhood in East Los Angeles and he struggles to inspire his students to embrace learning and mathematics in particular. [One of my favorite lines is: “It’s not that they’re stupid. They just don’t know anything.” Think about that!]

Anyway, when his students achieve the unachievable, taking and doing well on the AP Calculus exam, Escalante felt a magical moment. It’s a wonderful, feel-good movie for teachers everywhere. 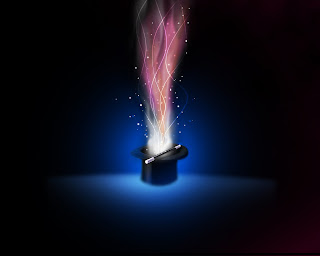 Have you had such moments?

My lab course students made magic a-plenty last week. Their five-week independent projects in the lab examining behavioral and neuroanatomical effects of lawn chemicals on nematodes culminated in a research symposium. Five different student groups presented five very different projects. Over the course of the five weeks, the students went from novice experimentalists to budding scientists. They learned, I mean really learned, the neuroanatomy of the nematodes and spoke like experts about the background scientific work we had discussed in class and in lab and that they had furthered on their own.

The presentations were sophisticated, the data were solid. The magic happened during the Q and A after the first presentation. More than half of the audience asked questions- probing the results, relating the findings to their own projects. I couldn’t believe it. As the afternoon continued, presenters related their work to previous talks. New ideas for project directions popped up. The researchers discussed, questioned and answered using the kind of scientific language that only fluent science-speakers tend to utter. I felt like I was sitting in a scientific conference. And……I WAS!

Afterwards, we had a short brainstorming session. I wanted to know from them how they would alter the overall lab format. EVERYONE said they wished they could have another week or two to do more experiments. “To increase our sample size,” said one. “To develop further tests of the questions raised by our work,” said another. “To get closer to publishable data,” said a third.