It’s spring break on many college campuses—including mine! I’m going to re-post this short piece from two years ago. How about you contribute some things you have tried? 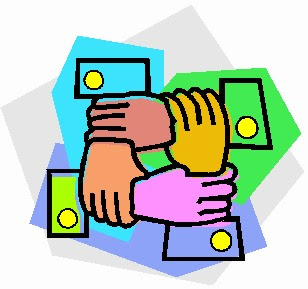 1. Jigsaw discussions: This is where you break the class into groups (let’s say four groups of four or five groups of five) and have each group discuss one aspect of the readings or topic for the day. Then, after 20 min or so, have the groups reform so that there is one representative from each group in the new groups. Each representative then presents to the group that aspect of the discussion. I usually circulate among the groups to help facilitate discussion and make sure that key points are covered.

2. Question-based discussions: These are where I assign particular discussion questions in advance of class. Then, in class, I form groups of students with the same assigned question and have the groups arrive at a group answer or talking points. After about 15-20 minutes, we gather as a full group and the groups report out to the full class. Then, at the end, I usually have some broader discussion questions to integrate, summarize what we’ve done in our groups.

3. A variation on number 2 is to hand out all the questions in advance to guide reading and class preparation, but not assign particular questions. Then, form groups as above.

4. Assign students something to investigate in preparation for class that relates to the course material. For example, in my neuroscience course we read a paper about how pesticide exposure increases the risk of various neurological diseases. I assigned the four major ones (Alzheimer’s disease, Parkinson’s disease, Multiple Sclerosis, Affective Psychosis) to my class of sixteen and asked them to use the internet to find major risk factors, major symptoms of each. Then, in class, I formed four groups of four (a group for each disease). I asked them to consolidate their lists/ideas about the disease and then relate those lists to the material discussed in the paper on pesticide exposure, along with the question: How would you test these ideas? Then, each group reported out to the full group.

This is a great way to incorporate some of your students’ interests. With this discussion idea, they get a chance to do a little structured investigating on an area of interest and will relate it to our class material explicitly. You can do this for any kind of topic in any course.

I’ve also used these strategies to have students do a little investigating about particular techniques and methodologies, so they go beyond what’s in the assigned readings.

Use these ideas, modify them for your own courses. Use the comments section of this blog to share your own ideas! Thank you for reading.